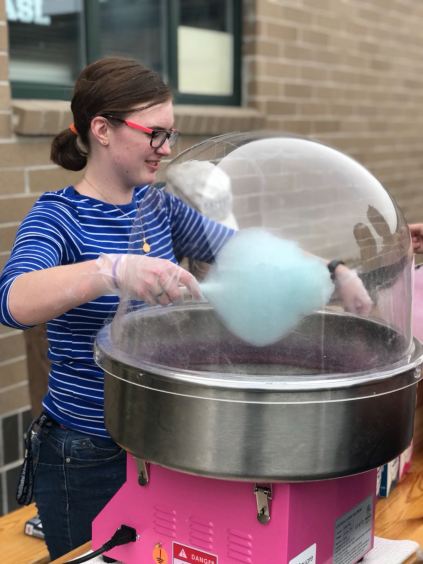 My normal parenting ideas aren’t terribly impressive.  So, when I get a good one like this, I think it’s worth sharing–mostly because in comparison I’m not that smart.

In our house we don’t have a college fund for our kids.  I didn’t have one and I have a Masters Degree in IT/Project management.  But, would you believe I only went to school full time for less than 18 months?

When those 18 months did happen I was 28 years old and the father of three kids.  I saw the difference between my classmates who worked to pay for their school and those that had significant parental backing.  Now, there were good and bad choices on either end of the payment model, but on the whole, the kids who were personally invested in their school were personally invested in being successful at their school work.  Now that there’s some time afterwards, those kids also seem to be the ones that are happier and predominantly more successful.  So much education happens outside of school!

I want to gift the same things to my kids.  So this year my wife and I invested in a Cotton Candy Machine for the family.  The family owns it, but the oldest kid has dibs on being the ‘boss’ and hiring their friends/siblings to work birthday parties, fairs, or other events to make money for their future.

Last Friday with very little supervision the kids did their first event.  The contract required them to donate 50% of their profits.  The kids still walked away making several times what they would have in babysitting.

Yesterday I came home and they scheduled their next event all on their own.  They networked with adults, sent emails, and confirmed logistics all by themselves.  Behind the scenes the oldest is working with her friends to get a logo for some business cards. I’ve had a lot of proud dad moments thanks to this little pink machine.  I think they’re learning the lessons Mike Rowe mentions aren’t part of a college curriculum.

It’s not my best idea, but it’s so much better than my normal ideas that I had to share.

This site uses Akismet to reduce spam. Learn how your comment data is processed.